As winter holidays are approaching, everyone is getting ready to enjoy and spend some time with relatives and friends. 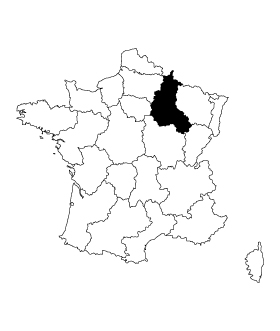 Between laughs, toasts and endless dinners bottles of wines are poured one after another, matching with this peaceful and relaxed atmosphere. Indeed, Champagne and Prosecco are the undisputed stars in these parties. However, many should ask themselves, what is the difference between them?

Champagne is a sparkling wine produced, in the French region of Champagne, using the classic (or Champenoise) method. These wines, due to the peculiarity and the quality of the production are well known since medieval ages and nowadays represent a symbol of prestige for France. Following the classic technique, grapes are generally picked earlier, when sugar levels are lower and acid levels higher. Except for pink or rosé sparkling wines, the juice of harvested grapes is pressed off quickly, to keep the wine white. Then, the first fermentation begins in the same way as any wine, converting the natural sugar in the grapes into alcohol while the resultant carbon dioxide is allowed to escape.  At this point, the blend, known as the cuvée, is assembled, using grapes from various vineyards (in the case of non-vintage wine, multiple years). After primary fermentation, blending and bottling, a second alcoholic fermentation occurs in the bottle. For the bottling process, the blended wine is put in bottles along with yeast and a small amount of sugar, topped with a crown cap or another temporary plug, and stored in a wine cellar horizontally.
Champagne is required to age on yeast lees at least for 15 months to develop completely, but some types of champagne usually age more. For example, one of the most famous Champagne in the world, Dom Perignon, usually age 7 years for the basic version, between 12 and 15 for the P2 and between 25 and 40 for the P3! In years where the harvest is exceptional, a vintage (millesime) is declared, and the wine must mature for at least three years. After ageing, the lees must be consolidated for removal in a process known as riddling. After riddling there is the lees removal process, called disgorging (dégorgement in French). 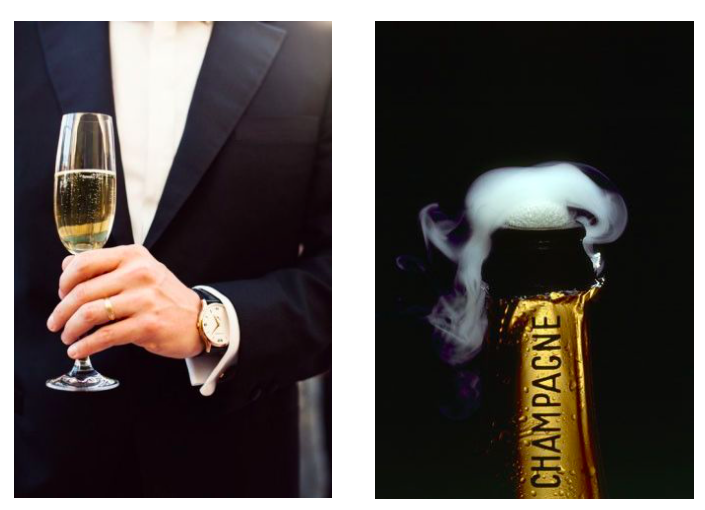 Traditionally a skilled manual process where the crown cap and lees are removed without losing much of the liquid, and a varying amount of sugar added. Before the invention of this process by Madame Clicquot in 1816, Champagne was cloudy. Modern automated disgorgement is done by freezing a small amount of the liquid in the neck and removing this plug of ice containing the lees.

It is important to mention also Franciacorta, the Italian sparkling wine made with the classic method. As in the Champagne case, this wine is recognized by the EU system and can be produced only in its historical region of production.

A great alternative to Champagne is, without doubt, Prosecco. Prosecco is an Italian wine produced with the Charmat-Martinotti method. It is produced in the North of Italy and its way of production is also known as the Italian Method. It is becoming more and more popular worldwide because of its lower price if compared to Champagne. Its method of production was developed and patented in 1895 by the Italian Federico Martinotti.
The inventor Eugène Charmat further developed it with a new patent in 1907. The difference in this method rises after the primary fermentation. For the second fermentation, the wine is mixed in a pressure tank of stainless steel, designed to withstand the pressure, together with sugar and yeast. When the sugar is converted into alcohol and carbon dioxide, the yeast is filtered and removed, and the wine is bottled. The duration of fermentation affects the quality; longer fermentation preserves the wine’s aromas better and gives finer and more durable bubbles. Depending on the sugar residual of the wine, different versions can be produced.  Many grape varieties, including Glera (formerly called Prosecco), are best suited for fermentation in tanks. The Charmat method is a cheaper way to push the wine through second fermentation and is best used on sparkling wines that are meant to be consumed young and quite fresh.